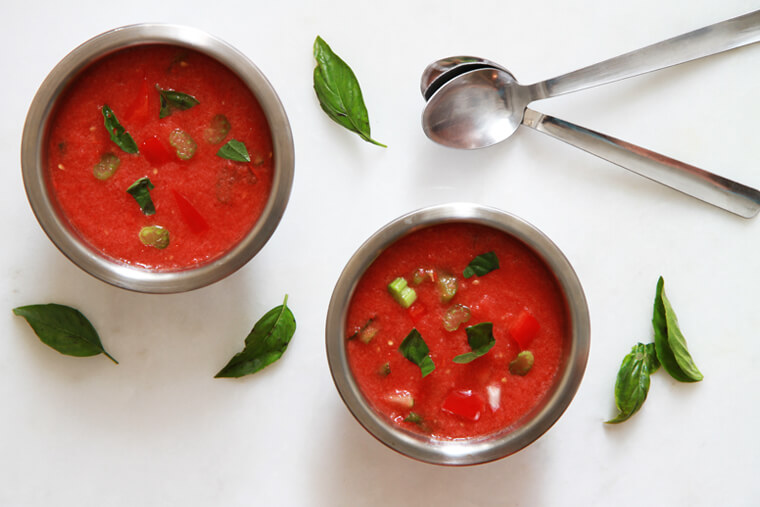 When fresh markets, farm stands and gardens are overrun with ripe tomatoes, cucumbers, peppers and onions, I could eat gazpacho every day. I love to make runs downtown to the Union Square Farmers’ Market to check out the fabulous local produce. I look for the juiciest tomatoes I can find to make this refreshing and zesty gazpacho. There are no hard-and-fast rules in making this recipe. You can adjust the amounts and types of vegetables to your liking.

This soup is a celebration of freshness – in the body and in the season.

What are some of your favorite ways to use your farmers’ market bounty? 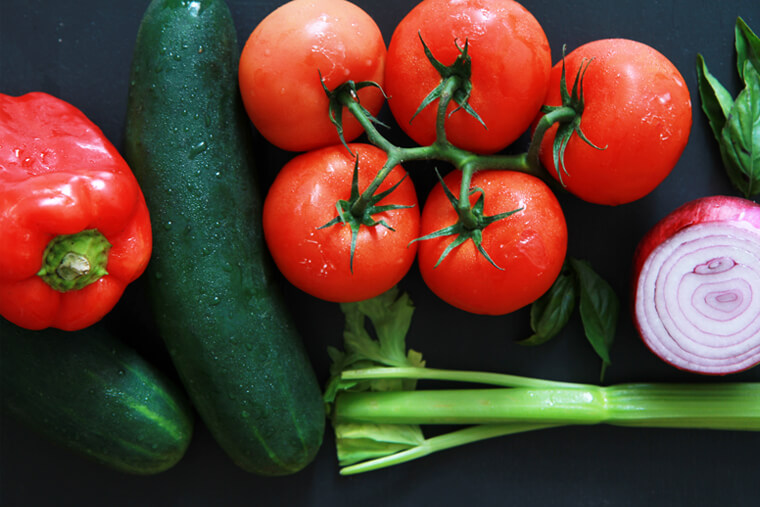 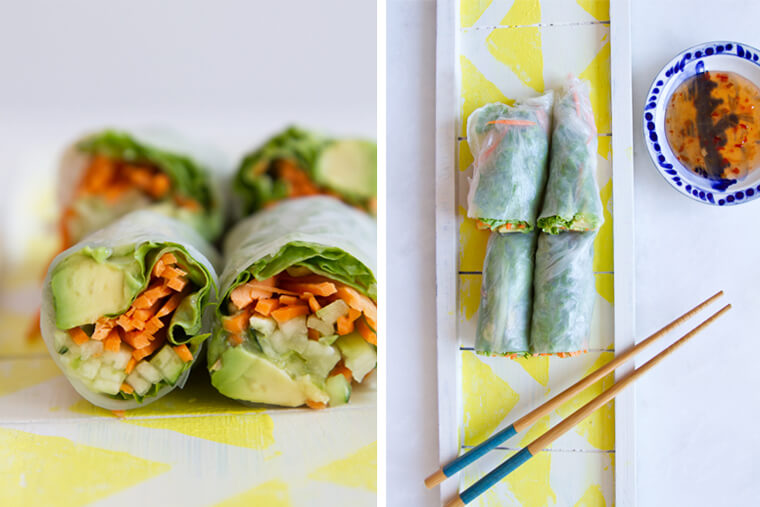 Oh, I’ve been looking forward to sharing this with you! Not only because it has become my favorite snack/meal, but also due to the fact that it is a tribute to spring and all the amazing light summer meals this time of year! While we have seen many more rain showers than we’ve seen the sun over the last few days, I know warmer temperatures are on the way (fingers crossed!). Spring rolls are the perfect food to get you feeling like warmer days are already here.

Before I made my first spring roll, I have to admit, I was intimidated to take on the task – especially after my sushi rolling experience. But let me tell you, once you start making your own spring rolls, you’ll never stop. It is so much easier that you would think, and this way you can come up with crazy concoctions that you would not be able to order from take out. After a little practice, I know you’ll be raving about them as much as me.

I love the idea of stuffing what is fresh and seasonal into a spring roll. Because spring is here, I chose to go with a mostly green veggie palette – cilantro, lettuce, avocado, cucumber and carrot for a little color and something sweet. Use whatever you have on hand and what is in season. This meal is a great way to use up all the little bits of veggies hanging out in the fridge that you haven’t found a use for. 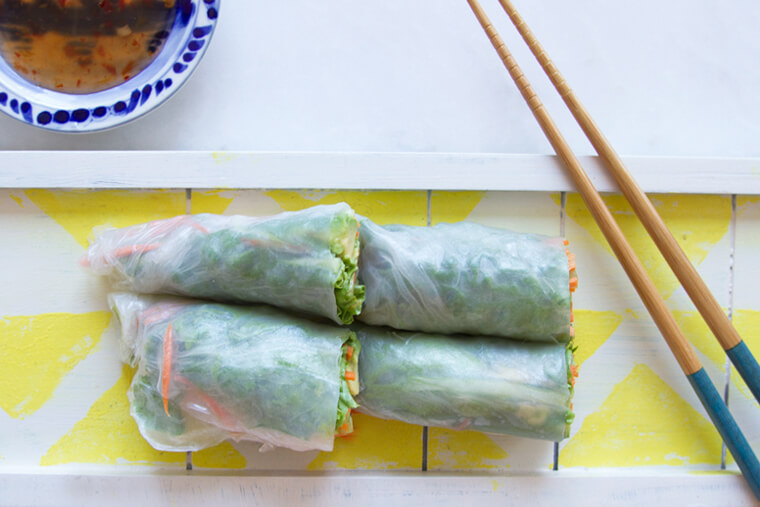 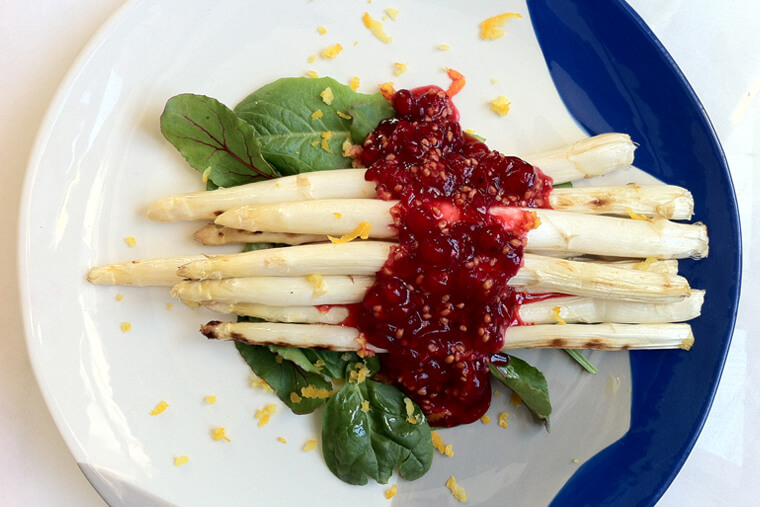 How is it only now I’ve been introduced to white asparagus? I remember seeing it in the States, but for some reason I never gave it a try until moving to Europe. In Cork, white asparagus is coming into season and it can be found in every market.

I’m really beginning to love asparagus because it’s one of the few vegetables that can stand on their own – artichokes and leeks are the others -and can be served warm or cold. But white asparagus, with its ivory color, is also elegant. It has a special delicacy and less herbaceousness than the green and is less likely to be bitter. It is nutty, succulent and satisfying, which is why just three or four thick spears makes a substantial side dish. Since it’s season is short, I grab the white while I can.

White asparagus is grown completely underground, a process called etiolation. The spears are deprived of light which prevents the plant from producing chlorophyll, thus there is no green color to the stalks. Asparagus is a great source of many nutrients, including fiber, folic acid, calcium and iron. But one thing that may surprise you is that asparagus is loaded with the lesser-known vitamin K. Some vitamin K in our bodies is actually produced by the friendly bacteria in our gut, but the majority we get from the plants that we eat.

I chose to dress this veggie with a tart, juicy currant jelly which compliments the asparagus’ delicate flavor. It may sound crazy mixing veggies with berries, but it really works. Simply delicious. 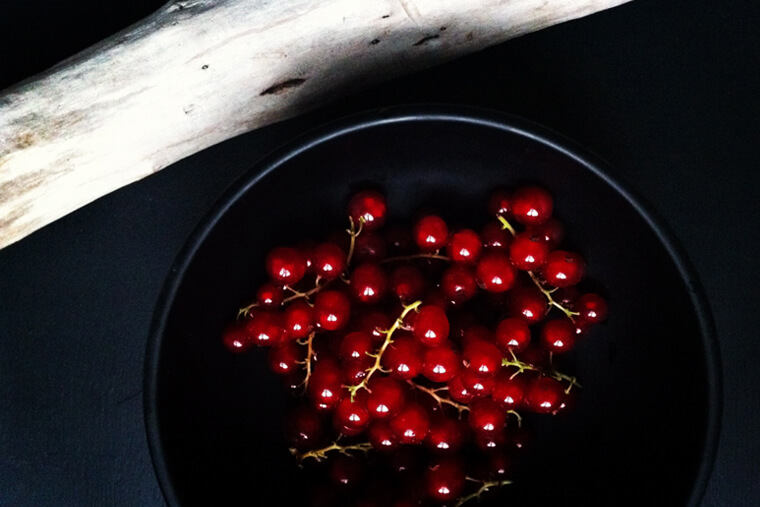 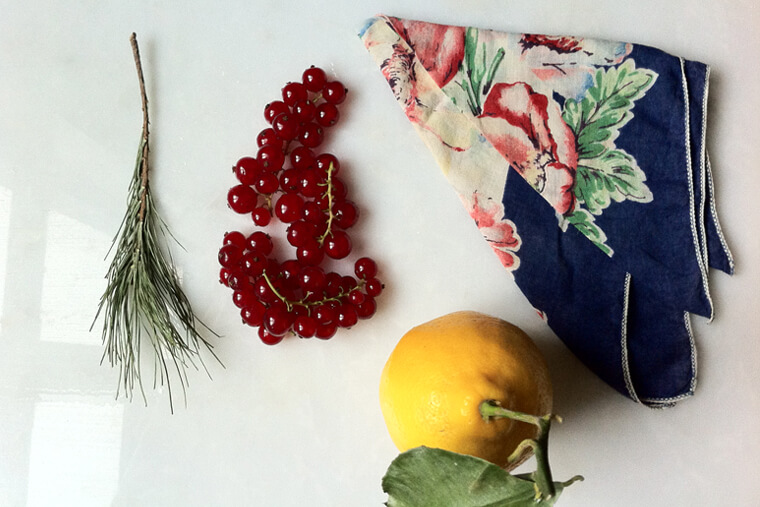 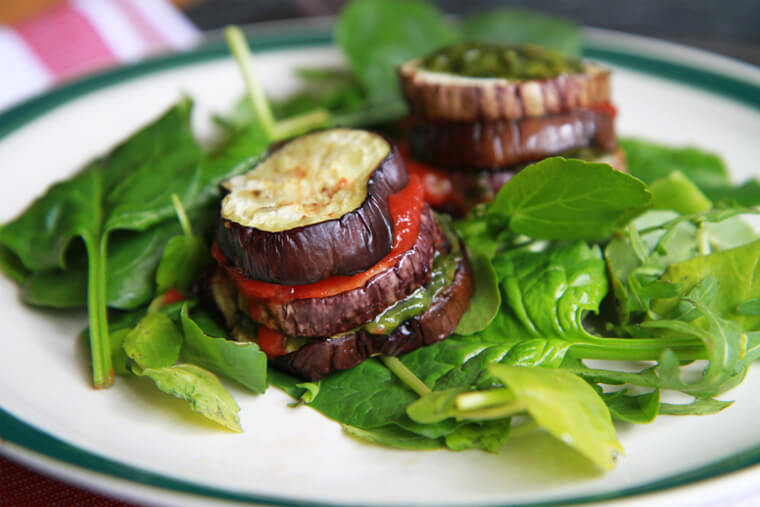 I just returned from a lovely holiday in France. Every cell of my body is now officially made of baguette. There seems to be many stereotypes attached to the French people, but so many of them are true. They can be seen carrying bread around, they drink wine at lunch and they are fiercely passionate about their food. Although breakfast consisted of little else than bread and some fruit, there were nice cafe lunches followed by fancy dinner feasts that would satisfy our tummies for the rest of the night. Not a sustainable way to live for this girl, but I was happy all the same. 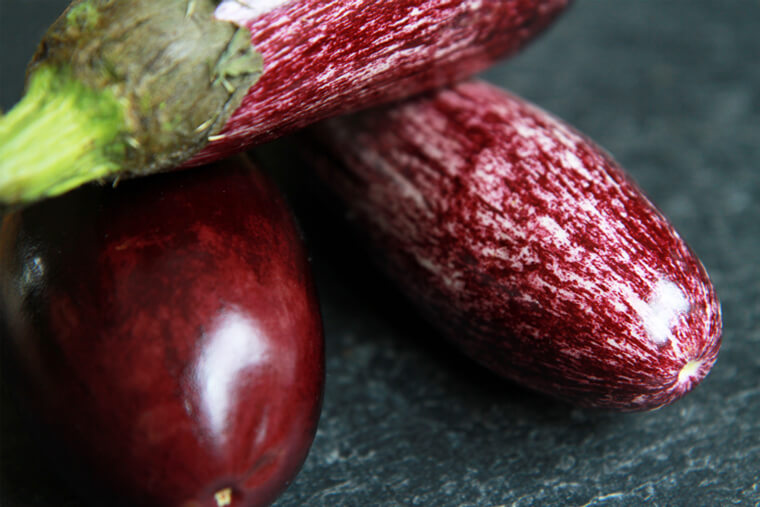 Thankfully we would take daily trips to the market to buy fresh produce to replenish our vitamin stores. The markets were busting at the seams with the freshest, most beautiful produce. Upon returning home to Ireland, I felt inspired to make use of the aubergines I had seen in our local markets. Of all the unappealing things to call such a delightful vegetable, eggplant has to be the worst. I think we could all stand to get a tad pretentious and call them aubergines from now on. Same vegetable, now far more appealing. Aubergine is low in calories (only 35 calories per cup), but high in fiber – making it a delight for anyone watching their weight.

As mentioned above, aubergine is an excellent source of digestion-supportive dietary fiber. This fiber can bind to cholesterol in the digestive tract so that fat is not absorbed into the bloodstream. Aubergine contains bone-building manganese and vitamin K. They also are high in a chlorogenic acid, a powerful antioxidant offering antimicrobial and antiviral activities along with the ability to help lower bad cholesterol levels. 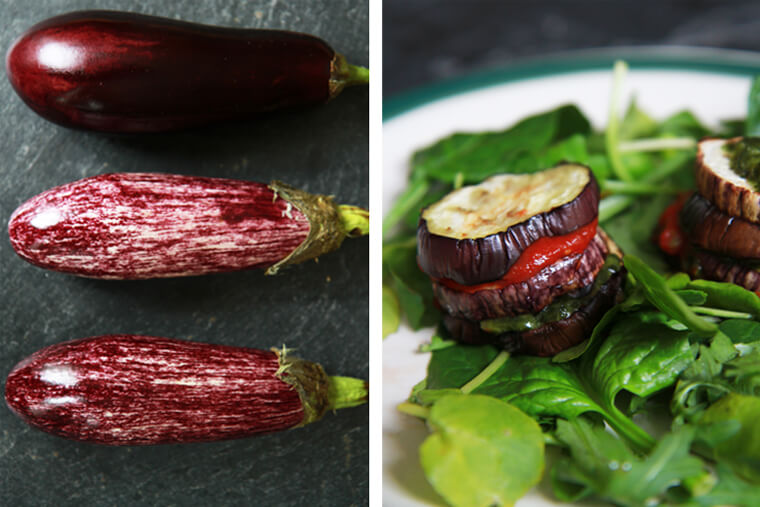 If you’re feeling truly minimalist, just roast the aubergine with some olive oil and serve alone with the pesto. Or just pop it the oven and come back later to silky soft goodness. The aubergine and tomato would also make an excellent sauce for pasta. Just roughly chop the cooked vegetables and stir through hot pasta. This dish is great to make ahead and reheat when you’re ready to eat – also a fantastic option for vegetarian entertaining.

I have plenty more to say about my unbelievable trip, but for now I’ll leave you with a delicious recipe and the promise of more gorgeous, Parisian-inspired recipes to come!